Schools at double the risk of fire compared to other buildings 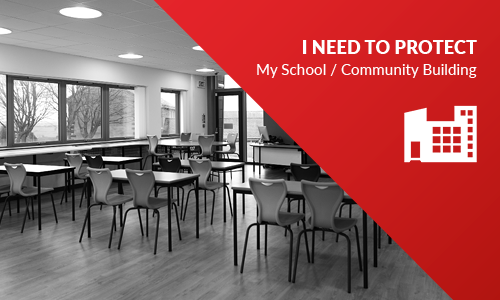 According to research from insurance company, Zurich Municipal, schools in England are “nearly twice as likely” to suffer from a fire as other types of commercial buildings*.

The insurer believes that this is due to a number of reasons:

These issues have resulted in nearly 2,000 school blazes in the last three years, and follow recent calls for sprinklers to be made mandatory in schools in England. Larger fires in schools cost on average £2.8 million to repair and in some cases over £20 million.

The findings have led Zurich to launch a parliamentary petition to urge MPs to change the law on sprinklers in schools. Whilst sprinklers are compulsory in all new or major refurbished school buildings in Scotland and Wales, this is not the case in England. In fact, they are fitted in fewer than one in six new schools, believes Zurich.

Tilden Watson, Zurich Municipal’s Head of Education, said: “An alarming number of school buildings pose a high fire risk – yet many are poorly protected against a potential blaze. Unless Ministers bring England into line with other parts of the UK, where sprinklers are mandatory, large fires will continue to blight schools. This is harming children’s education and putting lives at risk.

“As well as protecting pupils, sprinklers drastically reduce the extent of damage when there is a blaze, often confining the fire to a single room. This gets children back into schools and classrooms quicker as well as saving taxpayers’ money.”

Nick Coombe, Protection Vice Chair and Building Safety Programme Lead for the National Fire Chiefs Council, said: “The case for sprinklers is compelling. Of almost 1,000 fires over five years in buildings where sprinklers were fitted, our research found they controlled or extinguished blazes in 99% of cases. We want to see a greater inclusion of Automatic Fire Suppression Systems (AFSS), including sprinklers, across the built environment.  Sprinklers can dramatically reduce fire damage, making the reopening of a school much easier. This not only minimises the disruption to a pupil’s education, but also the impact on their family, the community and the wider education establishment.”

Zurich wants the government to ring-fence some of its £1bn promised investment to improve the resilience of schools at high risk of fire. Insurers work closely with schools to help them manage their fire risks but the installation of sprinklers minimise the dangers from the outset.

You can sign the petition from Zurich Municipal, here.

Here at Firechief, we want you to feel safe. Our mission is to work hard every day to protect lives and property from fire by providing a range of fire safety products that can be trusted to perform when the heat is on.  For more information, call us on +44 (0)330 999 0019 or email sales@firechiefglobal.com. Also, take a look at our range of fire safety products to help you keep school buildings safe.

*Data was taken from 26,800 schools in England, with the analysis showing that the average fire risk is almost doubled than that of most other non-residential buildings.