Fire Extinguishers which are ineffective on lithium-ion battery fires 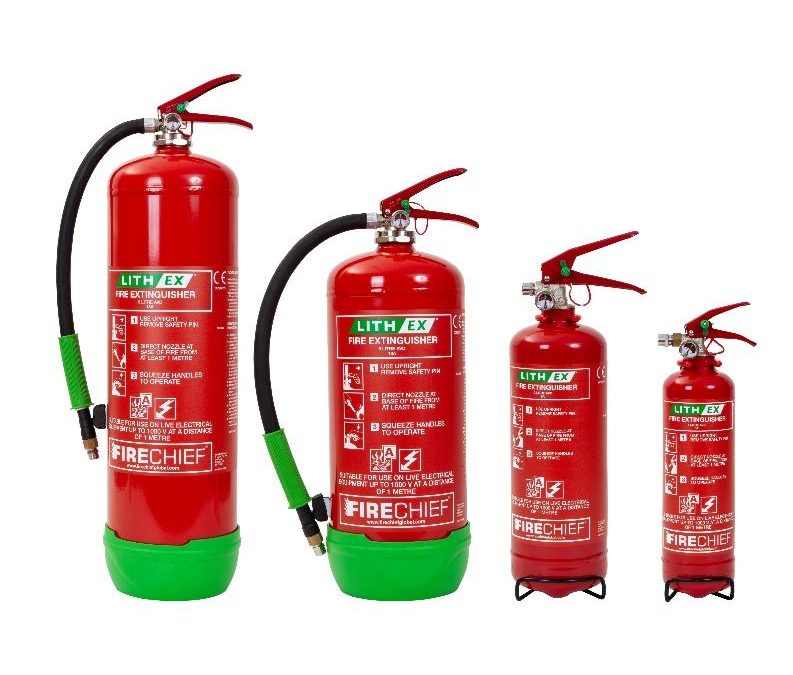 Firechief talk us through the different type of fire extinguishers which are not an effective solution to lithium-ion battery fires and introduce the most effective alternative on the market today.

Water
Water will provide a cooling effect and extinguish the flames from the Class A fire resulting from the burning surroundings of the Lithium Ion battery in thermal runaway. However, the water that is not evaporated by the heat of the fire will run away from the fire and not provide any oxygen barrier and won’t prevent thermal runaway. Re-ignition is inevitable because thermal runaway will continue.

Foam & Wet Chemical
The usual film formed by foam, on a fuel fire for example, is not able to cling to vertical surfaces around the battery compartment therefore providing no oxygen barrier. In addition, any film that forms on the horizontal surfaces of the battery in thermal runaway will be damaged by the residual heat. Likewise, the soapy film formed by Wet Chemical, when used to extinguish burning cooking oil, will suffer the same limitations as foam.

Powder
Powder has no cooling effect on Lithium-Ion battery fires, which burn at temperatures up to 1000°C. The powder crust will only form on horizontal surfaces, not vertical, therefore no oxygen barrier is formed. The propagation of the fire due to continuing thermal runaway is unavoidable.

CO2
CO2 has a good cooling effect on the fire and will provide oxygen starvation while the CO2 is directed onto the fire, but as soon as the CO2 is removed, the continuation of thermal runaway will reignite the fire.

For more information on our safety products visit www.firechiefglobal.com