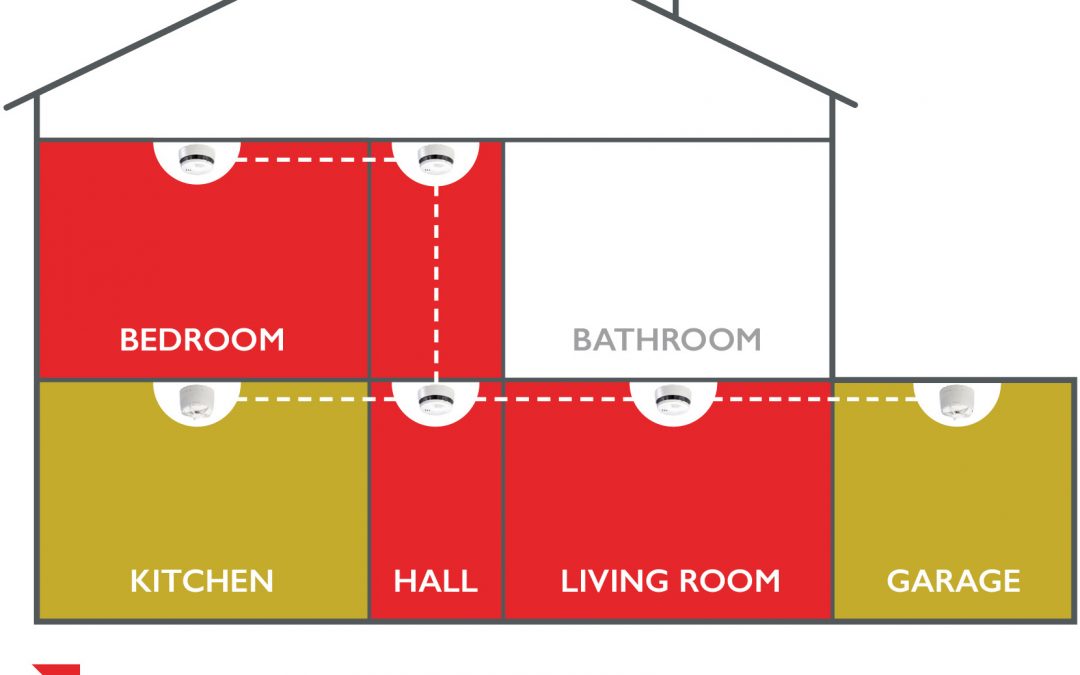 Part 6 of BS 5839 provides guidance and recommendations on fire detection and alarm systems in domestic premises. This blog post looks at the role played by the standard in protecting life and details the recent revisions that have been made.

Did you know that around 80 per cent of UK fire deaths and injuries happen in domestic premises? Tragically, that adds up to over 300 deaths and around 9,000 injuries each year caused by fires in people’s homes, where they should feel safe.

Thankfully, however, fire detection and alarm systems can substantially reduce the risk of death or serious injury from fire. Fatality rates in fires where there’s a working smoke detector are between two and three times lower than in fires where no correctly functioning detector is present.

There’s also been an overall downward trend in domestic fire deaths since smoke alarms were first given recognition in BS 5839-1 in 1988. It means that Part 6 of the current British Standard on fire detection and alarm systems can play a crucial role in reducing the risk of fire death and injury, which is why the standard has been carefully revised over the past 18 months[W1] . The revision has now been published as BS 5839-6:2019 Fire detection and fire alarm systems for buildings Part 6: Code of practice for the design, installation, commissioning and maintenance of fire detection and fire alarm systems in domestic premises.

The key standard for domestic premises

The BS 5839 series of standards began life with the publication of BS 5839-1 in 1980. It has since grown into nine-parts, splitting domestic and non-domestic premises and dealing with a range of specific systems in detail.

It applies to both new and existing premises. Its recommendations can be applied to the fire detection components of combined domestic fire and intruder alarm systems, or fire and social alarm systems. The standard also includes recommendations for routine attention. The systems it covers range from those comprising a single self-contained smoke alarm to systems of the type described in BS 5839-1.

How the standard has changed

Anyone involved in the commissioning, installation, design and planning of fire alarm and detection systems should know about this standard. That includes architects, other building professionals, enforcing authorities, installers and anyone else with responsibility for implementing fire precautions in domestic premises. These individuals will want to know that because of a full revision of BS 5839-6, changes were made in several areas and the main ones are listed below.

Firstly, BS 5839-6 covers many different types of detection and alarm system, differing widely in complexity, reliability and the level of self-monitoring. Some of the simpler systems are not suitable for premises where the fire risk is judged to be high; conversely expenditure on complex systems for low-risk premises might also be inappropriate. The standard therefore grades systems because some of its recommendations will only apply to grades. This revision has made changes to some of the grades: Grades B and E have been removed; Grades D and F has been split into Grade D1/Grade D2 and Grade F1/Grade F2 respectively; and Grade C has been revised and its recommendations expanded.

Table 1 of the standard – which sets out the minimum grade and category of fire detection and fire alarm system that can be used for protection of life in typical premises – has been revised to make sure it stays up to date with current conditions.

The guidance given has also been updated to consider the publication of a revised Part 1 of the standard (covering non-domestic premises) in 2017 and other standards published since the last full revision.

Meanwhile a new table on testing and servicing by grade has been added and new recommendations introduced to prevent blocking or delaying of fire alarm signals transmitted via social alarm systems in sheltered housing to an alarm receiving centre.

The standard of protection recommended in sheltered housing flats has been increased from Category LD2 to Category LD1. This constitutes a system installed throughout the premises, incorporating detectors in all circulation areas that form part of the escape routes from the premises, and in all rooms and areas, other than those with negligible sources of ignition such as toilets, bathrooms and shower rooms.

New recommendations have been added for fire detection in supported housing, and, finally, a new recommendation has been introduced on the installation of communal fire alarm systems in purpose-built blocks of flats.

The intention is that these significant revisions ensure that BS 5839-6 remains current, relevant and fit for purpose, helping users install and maintain appropriate systems and contribute to reducing the number of fire deaths and injuries each year.